The Innate Difficulty of Learning a New Language

What’s the innate difficulty of learning a new language? Why does it seem more difficult than any other skill? Here are a few answers and tips.

The world is almost equally divided into two groups of people: people who speak only one language (40%), and those who are bilingual (43%). Of the remaining 17% of the world, 13% can speak more than two languages. Which means, the rest of the population are basically superhumans. These people can speak upwards of four languages fluently. The statistics tell us something very clear: the ability to speak a second language belongs not only to the majority of the world’s population, but the ability to speak more than two languages is also quite rare. The difficulty in learning a new language affects us all.

So why is it that most people stop after learning their second language?

I am an adult, does that mean I won’t be able to learn a second language completely?

There is an endless amount of examples of people who learn their second, third and even fourth languages after they’ve passed their adolescence. While data shows that children often start learning at a faster rate than adults, the adult learners will nonetheless reach the same target in a similar amount of time. There are also several benefits of learning a second language that go beyond the obvious. Learning a second language has been proven to alter your brain – in a good way. Being bilingual helps you to multitask better. Bilinguals often have higher mathematical abilities than monolinguals. Finally, being bilingual has proven to offset and even delay symptoms of dementia by upwards of five years. 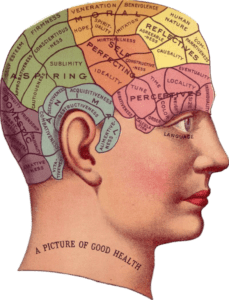 As an adult learner, how do I make learning a second language less difficult?

One of the biggest hindrances to learning a second language is the excess amount of stress. In the field of Second Language Acquisition, linguist Stephen Krashen explains that one of the biggest roadblocks a learner can encounter when learning a second language is stress. The affective filter, as he calls it, is in relation to the level of stress a learner faces. When the stress is low, so is the filter, which means more language retention and faster learning.

Motivation, on the other hand, is just as important for success. Finding a source of motivation for learning a second language will keep you dedicated to the process. It will give you a reason to succeed. Learn German to be able to sing Mozart’s operas. Learn Turkish to speak with your in-laws. Or, learn Spanish to keep up with your favourite Netflix show Narcos. Finding something that gives you a purpose will give you the push you need to succeed in your language learning.

Learning English in Berlin? It can’t be impossible!,

What should a good German course for beginners cover…