Food and drinks in Berlin 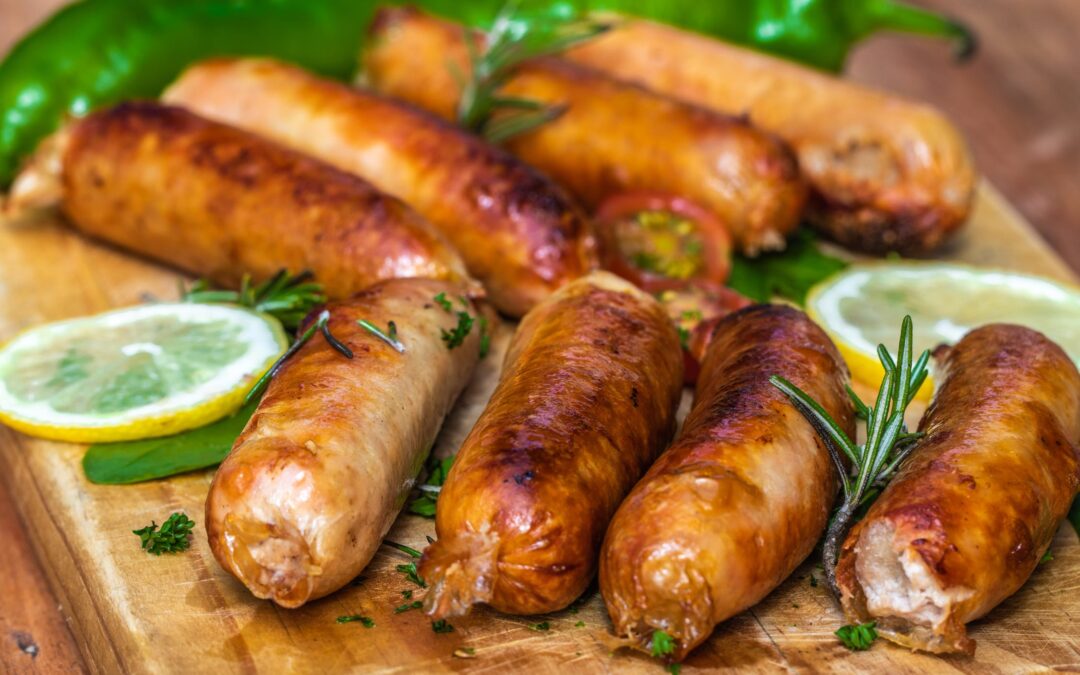 Being in a new country brings a lot of new experiences with it. Just to be sure that you don’t get scared of all the new tastes that we offer, we listed all the food and drinks here in Berlin that you should try.

First of all, Berliners are a big fan of meat. So it’s no surprise that we start our list with der Currywurst. You can enjoy this German sausage with Pommes frittes and its special sauce. The sauce entails ketchup, worcestershire sauce and curry powder. You can find this type of food in a lot of places here in Berlin, especially around the more touristic parts such as Alexanderplatz.

There is no way that you missed the many Kebab-shops in the streets of Berlin. Originally a Turkish dish, Döner Kebab made its debut in 1969. And it is safe to say that the city of Berlin perfected it! The Beef, veal or lamb gets cut from a vertical rotisserie. There are also vegetarian variances to the dish, this way everybody can enjoy it!

The origin of the Bockwurst is a bit blury, but Berliners are happy to claim it! It is our quickest and easiest dish in the list. The tasy bratwurst with a mix of different meats does not cost a lot, and you can buy it for 1 euro at the right place. And don’t worry, you don’t have to go very far to taste it. Just keep your eyes open when passing a street corner, chances are there is a vendor waiting for you. Quick, easy and delicious!

Next up is Senfeier. If you still don’t know what to eat when being in Berlin, check this out! Senfeier is our only dish that does not traditionally contain meat. It means ‘mustard eggs’ and every Berliner has childhood memories of a time that their grand-mother made it for them. It looks a bit strange in the beginning, with its variation off eggs, potatoes and mustard, but it is certainly worth the try. Mahlzeit!

What can be more traditional for Berlin than something called ‘Berliner’ in other parts of Germany? This dougnut variation known as Krapfen or Berliner Pfannkuchen (more used in Berlin!) is perfect for an afternoon coffee break. There is no central hole, and is filled with a flavourful jam. On top, the pastry is covered in powdered sugar or icing.

What to drink in Berlin: Ich möchte gerne etwas trinken…

We know Germany for their many breweries and tasty beers. When ordering a drink in Berlin, you notice the nice variety of the different German beers. The Berliner Weisse is the only beer invented in Berlin. It has a slightly sour taste and has developed a philistine image. It finds its origin in 1900 and used to be known as the ‘Norden Champagn’ by the troups of Napolien. Usually you can buy it around the more touristic places and is perfect when you are looking for something refreshing.

Next up is the popular lemonade Fassbrause which is known to be the non-alcocholic beer of Germany. It has a herb-like, fruity, beer taste. Here in Berlin, you find it on the menu of every traditional German restaurant.Praised by some and cursed by others, but in Germany we enjoy mixing soda and beer for a more sweeter taste. Curious how it tasts? Ask for ‘Radler und Diesel’.

Food and Drinks in Berlin: Something for Everybody

As last, Berlin is one of the capitals in Europe with the most vegitarian, vegan and sustainable-oriented food! There is something for everybody. We have a mixture of cultures, and lucky for us, that means that all kinds of food and drinks are available in Berlin! Want to be sure you receive the food and drinks that you want? Order them in German! Don’t know how? Find out about German courses at DAS-Akademie!