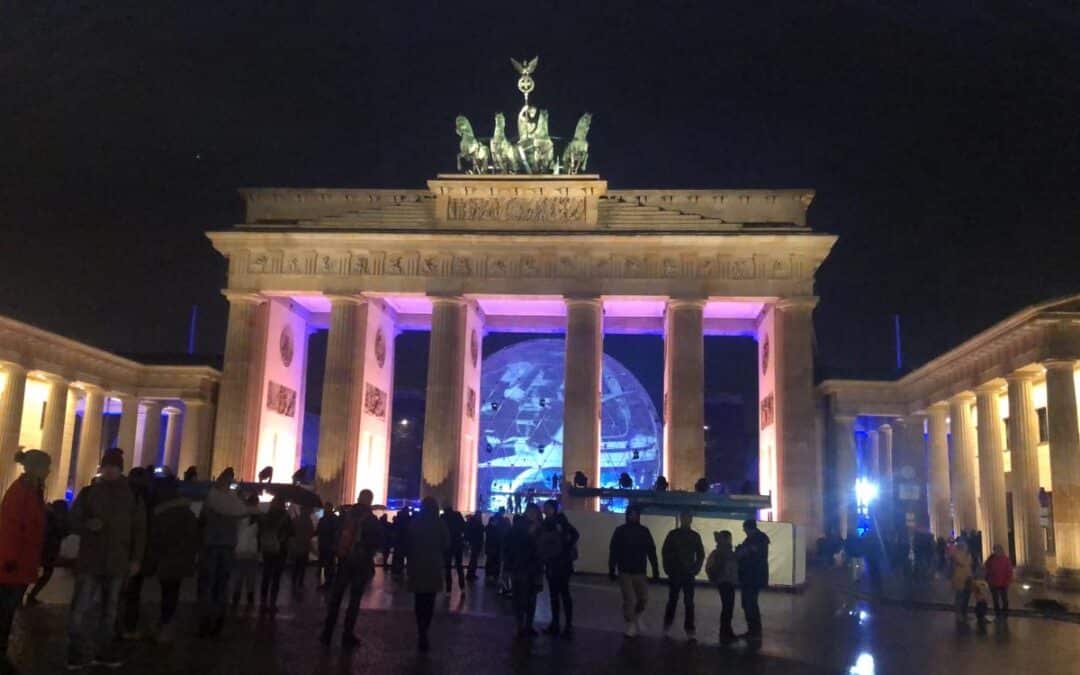 Last Saturday 9th of November Berlin celebrated a music festival at the Brandenburg Gate. ‘The fall of the wall concert Concert at Brandenburger Tor’ took place for the commemoration of the 30th anniversary of the fall of the Wall.  Both national and international artists performed at the stage. Certainly, all the participants and their songs were closely related to stories of 1989/90.

The orchestra of the Berlin State Opera, Staatskapelle Berlin, opened the ‘Fall of the Wall concert’. Daniel Barenboim and the techno pioneer WestBam conducted the orchestra. The performance of guests from all over the world kept going during the evening. Some of them were Anna Loos, Die Zöllner, Zugezogen, Dirk Michaelis and Trettman.

This was all complemented by a monumental video serving as a screen for projections. Furthermore, the evening show included a spectacular laser harp performance and fireworks.

Finally, the show culminated with DJ WestBam transforming the historic site into a ‘European Club Night’. This led into a celebration in 27 clubs throughout Berlin.

30th anniversary of the Fall of the Berlin Wall

The Berlin Festival Week happened during 4th – 10th November. It marked the 30th anniversary of the Peaceful Revolution and the fall of the Berlin Wall. During seven days, the capital city turned into a large open-air exhibition. Hence the events related to the Wall construction, the division of Berlin, the Cold war and the Peaceful Revolution of 1989.

Everyone was welcome to learn, remember, debate and celebrate. There were around hundred events happening in the city. People found panel discussions, music exhibitions, workshops, theatre productions, among others. Most noteworthy events were located in seven different sites within Berlin. Most famous Berlin landmarks were part of the festival: Alexanderplatz, Brandenburg Gate, Kurfürstendamm and East Side Gallery.

The aim of the festival week was to commemorate the victims of the dictatorship. It also allowed both locals and visitors to experience the historic events of the Peaceful Revolution. For this reason, people were able to understand in more detail this important part of German history.

The biggest event of the festival week was celebrated at the Brandenburg Gate. This is one of Berlin’s most famous landmark.

In DAS Akademie we are very concerned with german history and current events happening in Berlin. We organize many events to go with our German course students. Above all, this is a great idea to practice your german skills as well as having fun! Join DAS Akademie Berlin to live a unique learning experience!