Duzen and Siezen: Informal vs. formal? 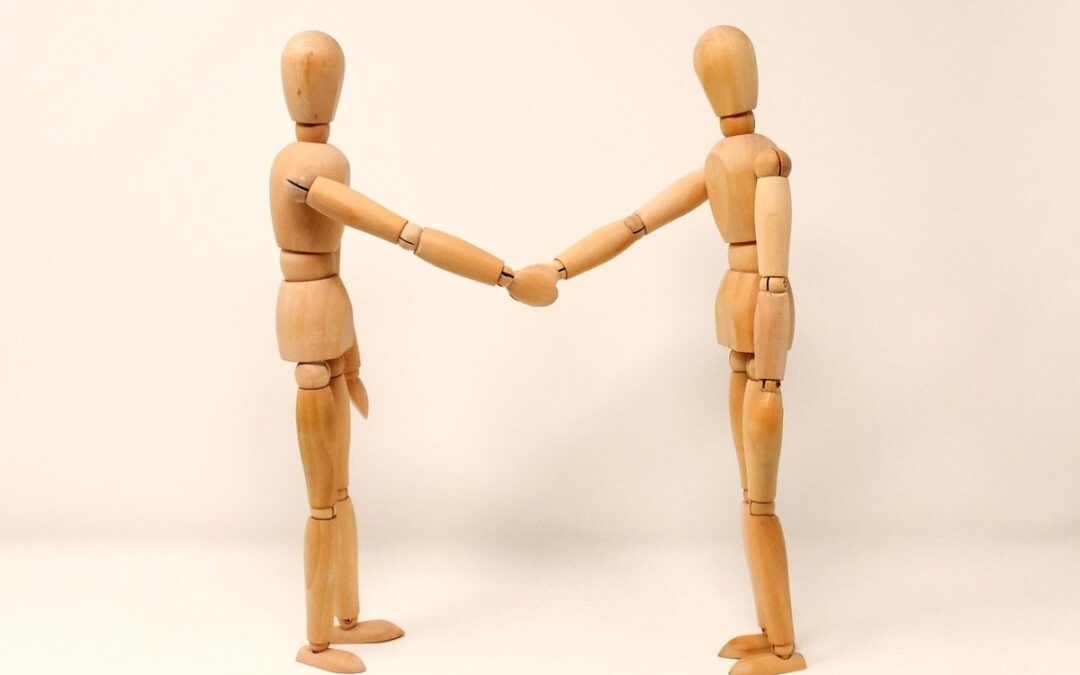 Learning a language involves quite a bit more than studying the pronunciation of words and working out how to put them together. Learning a new language means also learning about the culture and how people who speak the target language live their lives. This is why in our Intensive German Courses in Berlin, we make sure you know all about the German culture as well as the language. When you practice your newly-acquired speaking skills abroad, it’s important to know how you should speak to your interlocutor. This usually refers to the correct body language and gestures, but can also include whether to address them in a formal or an informal way. If you’re busy during the day and would prefer to learn German in the evenings, we also offer a range of Evening German Courses in Berlin.

Formal or an informal communication

Some of the main things to think about in communication are as follows:

Do you look your interlocutor in the eyes? Do you copy their body language? Do you address them in a formal or informal way (siezen or duzen)?

The way in which people use second-person pronouns (e.g. ‘you’ (singular or plural) in English), first and last names, and other terms such as ‘Sir’ or ‘Madam’ to address one another, are fundamental in establishing social relationships. They depict cultural values and can tell us a lot about how social structures are developed. All of these questions require training and cross-cultural communication knowledge. In this blog, we are going to help you avoid some of the common problems you may face in these situations, by focusing on the ‘Duzen’ and ‘Siezen’ rule in German.

Before anything else, the first thing to note is that in the German language, there is a clear distinction between you (informal) and you (formal). This is the reason why it can sometimes be hard to translate and conjugate German verbs. The two ways in which you can address your interlocutor are by using ‘du’ or ‘Sie’. German emphasises the difference not only with pronouns but also with verb conjugation –  a concept which is non-existent in English.

Example: Use of the verb ‘to be’ in English and German:

Thanks to this example, you can see that in the German language, there are three ways to say ‘you’:

There is another German rule based on the formal and informal forms of ‘you’ which relates to the plural:

Plural & Singular formal (depending on the context): ‘Es war schön, Sie kennenzulernen’ -‘It was nice to meet you’

To summarise, when you’re addressing a group of people, you have to keep in mind that ‘du’ and ‘Sie’ each have their own plural form.

Firstly, you have to understand and analyse the context before being able to choose the right form. In the same way as previously mentioned, if you usually say the ‘du’ form to a group of people individually, the appropriate way to address these people as a group would be ‘euch’. This will also be the case if your interlocutors are younger than you. However, if you are talking to a group of unfamiliar, older people, or people with whom the ‘Sie’ has already been established in the singular, it would be more suitable to use ‘Sie’ in the plural.

So, you have to keep in mind that each culture has its own rules when it comes to the way in which locals interact with each other in spoken language. In Belgium for example, it’s quite normal to address anybody as a friend, and therefore informally, by using the word “tu” (equivalent of du). But what about Germany? When do I have to “duzen” or “siezen” somebody?

The graph above depicts the main characteristics of the German culture. When looking at this for the first time, the graph may give you the impression that the German culture is a rude and confrontational one. Customs and respect are essential to live together in any society.

Verbal etiquette differs amongst languages. Politeness (Höflichkeit) is something that is very important in the German culture. Some German speakers claim that the “Siezen” custom is slowly disappearing. In spite of this, it remains important for non-native speakers to be aware of the difference. In this way, they will be able to avoid awkward or embarrassing situations.

One of the main groups of people in Germany to whom you mustn’t say ‘du’ is policemen. It is considered as rude towards the law and their officials. It can often be the case that situations involving the police are made worse or sour if the incorrect form of communication is used. In the worst cases, fines (Geldstrafen) of up to 4000€ are lawfully dished out by policemen.

When are you supposed to stop ‘duzing’ kids?

In Germany, when children grow up and become teenagers, we start considering them as adults and so, “siezen” them. It’s a way to make them feel more grown up and respected now that they are older. This transition usually takes place arond the age of 16.

When you are still in the process of learning German, choosing between “du” and “Sie” might be difficult at times, so using “Sie” by default will prevent you from being perceived as impolite. Some people might be slightly surprised by your formal approach, especially when they’re younger, but at least you’re not being rude, right?

The rules for ‘duzen’ and ‘siezen’ in a professional setting are slightly different. In the workplace, a person being younger than you does not automatically mean you can address them in an informal way. It hugely depends on the professional culture you find yourself in. Start-ups, for example, generally have a rather flat hierarchy where calling someone ‘Sie’ would be come across as too formal. In more established companies, it would be the other way around. In these situations, the best idea is to use ‘Sie’ automatically and wait until others let you know that you can switch to the more informal version – ‘du’.

Tips: Please note that sometimes, just because you have used the ‘du’ form once, it doesn’t always mean that’s the form you have acquired permanently. It would be best to either ask politely if you can ‘duzen’ your speaking partner, or wait for them to give you the go ahead.

What are the benefits from ‘duzen’ or ‘Siezen’?

To sum it up, address formalities are crucial to any study into the social dimension of a language. Making mistakes can lead to embarrassment or even deeper problems, if the situation is more serious or official.

Working out all the rules about the above topic becomes easier and easier as you engage in conversation with more and more people. DAS Akademie offers German Courses in which he emphasis lies with verbal conversation. If you are not in Berlin, you can also atten an online german conversation course. This will prepare you for real-life situations and make sure you know how to deal with them!