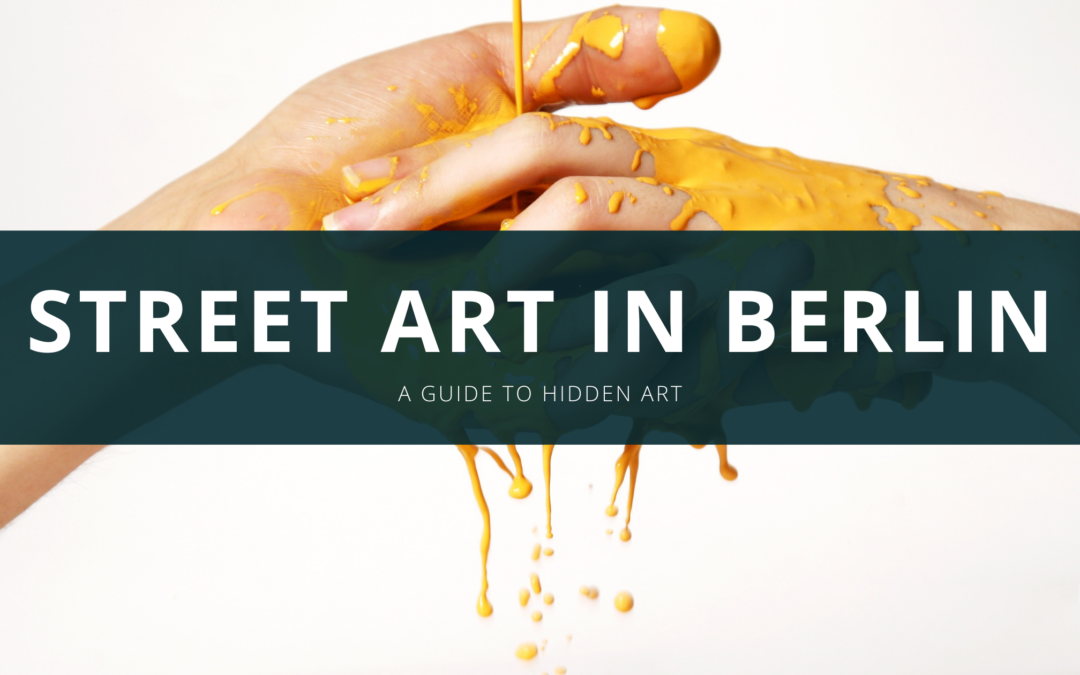 Exploring Berlin by bike or on foot is one of the best ways to get to know the city! Are you also an art fanatic? In this blog, we have listed the best art pieces you can see on the streets or in public places around Berlin. There is so much beautiful graffiti to see, so we saved that overview for an other time. But there is so much to see, so one type of art will do for now!

This installation by Sergej Dott is a funny sight to see. You find ‘The Return Of The Cows’ halfway down Dietrich-Bonhoeffer Straße, with your eyes fixated on the south. There you will find life-sized statues of cows walking up the side of an apartment building. Dott calls his creation “Kuhnst”, a joke for German and language fanatics. It is a play-on-words, using the German word Kunst (art) and Kuh (cow).

Our next art piece in Berlin is a memorial, but this one is a bit different from what you’d expect. It is not dedicated to humans, but to bunnies. When the wall was built, there was a piece of no-man’s land where nobody was allowed to cross, but the rabbits in Berlin did not follow these rules and were able to dominate the territory and make it their own. Unfortunately this came to an end when the wall was torn down in 1989. The rabbits lost their habitat and had to escape to Berlin’s public parks. In 1999, artist Karla Sachse made 120 silhouettes around the original place where they used to hop around. The Rabbit Field is certainly one of the best pieces of street art in Berlin. Keep a good eye on the ground, for they are known to be difficult to spot in most places, but if you want to go on a mission to find one, check out Chausseestraße!

Stand By Me tree

The next piece of ‘art’ is at Tiergarten Park. The lyrics of Ben E. King’s popular song ‘Stand By Me’ is carved in a tree there — or at least the first few sentences of it. The tree is not that popular due to the fact that few people are aware of its existence. In 2015, it experienced a surge of visitors because King passed away. It is still unknown who decided to carve the lyrics into the tree, so there are reasons behind the actions. Since Ben E. King’s unfortunate death, another tree has been carved with the chorus of the song just a few feet away from the original one.

How to find it? Start at the Brandenburg Gate and follow Bundesstraße to the Victory Column. Make sure to take the left entrance. Keep going straight until you come to the third crossroad. When you look at your right, you are able to spot the tree! On the left side of the path is the newer version of the Stand By Me tree.

Memorial of the Murdered Jews

Finally, we have the memorial of the murdered Jews. Berlin’s large role in WWII resulted in the erection of several monuments, memorials, and museums as reminders of the gruesome events that took place. This memorial is a place of remembrance. In 1999, the German parliament held a contest to establish the design of the memorial. New Yorker Peter Eisenman won, and the memorial opened in 2005. The site holds 2711 blocks of concrete, all varying in height, all lined up in stoic rows and columns, forming a grid. The blocks are a very sobering grey colour, and, combined with the open spaces between them, they give an unsettling feeling to all visitors. Because the memorial is located on a slight hill, the blocks seem to make ‘waves’. There are independent guides available for groups that want extra information, but everyone is free to roam through the stones whenever they wish.

Berlin, the charming capital of Germany, is a very vibrant and beautiful city, and even as an art fanatic, you can get a kick out of the urban environment without spending money at museums! Are you interested in learning German while being here? Check out our German courses at DAS-Akademie! More information about Berlin can be found on our daily Instagram, Facebook and Twitter posts.