Best places to live in Berlin 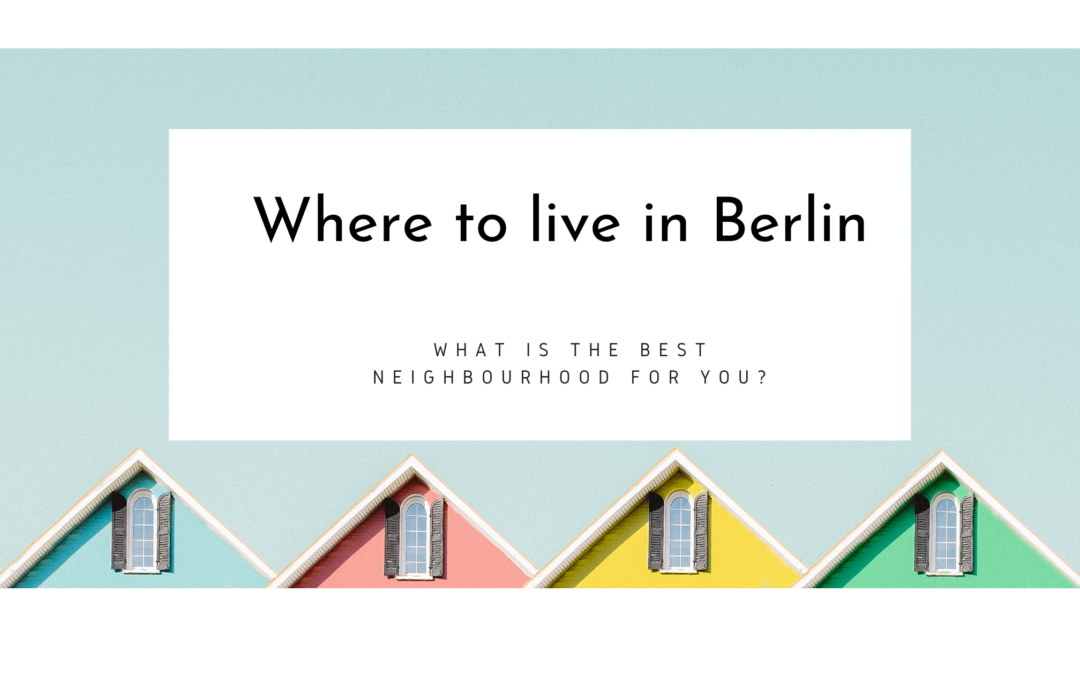 The name ‘Mitte’ is already self-explanatory. It is the most central neighbourhood in Berlin. Here you find a lot of historical landmarks and other tourist sites. Apart from being a playground for tourists, Mitte is also the commercial hub in Berlin. Looking for a designer bag, or more expensive clothing? Then Mitte is the place for you to be. Around Torstraße, there are many new businesses trying to break through into the market, and therefore it is known to be the Silicon Valley of Berlin. You can find wealthier people spending their evenings here. When you have the budget, you can find some beautiful, spacious, and luxurious apartments or rooms.

In short: For working or tourism, but more expensive

Prenzlauer Berg is a neighbourhood filled with young families. It has a predominantly middle-class population, hip restaurants with organic food, and a lot of yoga studios. All the stores are very family-oriented. Berlin is big on brunch, and Prenzlauer Berg is one of the best places to go to for the perfect brunch. If you like to sleep in and meet friends for a relaxing brunch at 11:00, Prenzlauer Berg might just be the place for you! This might be the best place to live in Berlin for you when you are looking for a loving neighbourhood!

In short: A fun place for young families

When you are looking for a calmer neighbourhood that isn’t about the whole party scene, Charlottenburg-Wilmersdorf might be something for you. It is a very ‘clean’ neighbourhood and a bit more laid-back. Bigger villas and townhouses appear on the scenery here. This borough is the home of several exclusive stores like Apple. Not as central as Mitte, but still easily reachable from anywhere. But just like Mitte, this neighbourhood is on the more expensive side for housing.

In short: Still central but a bit more expensive

Friedrichschain is a great place to have fun evenings with friends. This part of Berlin never sleeps and might be the best place for you!

It has very affordable housing and is a nice environment for students. The streets are full of young people because of the cheap rent. The most popular clubs are in Friedrichshain, which attracts a busy nightlife. Friedrichschain is also known for its variety in cultures. A lot of students, expats and artists stay in this neighbourhood. You can fill your evenings trying out new food, by learning a new style of dance, or going to the new art exhibition just around the corner.

Kreuzberg has nice homes at lower prices in comparison to other neighbourhoods. Perfect for young families. The Turkish community has a big presence in Kreuzberg which makes for a very nice variety of Turkish delicacies here.

In Short: For students and expats, with a busy nightlife

Neukölln is also one of our more multicultural areas with a big Arabic and Turkish presence. Next to the variety in cultures, Neukölln is also known for their hipsters. It used to be a very cheap neighbourhood to live in, but now rent is climbing higher since more people are attracted by the living environment of Neukölln. They have a lot of nice places to have a coffee or a Vegan toast. This part of Berlin, just like Friedrichshain and Kreuzberg, never sleeps.

In short: For hipsters and to enjoy the party scene, but it is getting more expensive

Locals who have the day off love to spend their time in this part of Berlin. For jogging, biking and exercising overall, Tempelhof-Schöneberg is the place to be. It was once home to Tempelhof airport, which played a crucial role in the Cold War; it has been closed since 2008, but has since reopened as a recreational city park. You can still feel the tolerant atmosphere from years ago when it was a cultural hub. It was the home of David Bowie and many more artists who recorded their albums in Tempelhof. This might be the best place for you to live when you are looking for a very socially accepting neighbourhood with spots to relax.

In short: Falls in the middle-price class, nice place for families

These parts of Berlin are known for their greenery and calmness. Treptow and Köpenick are perfect for families who are looking for an out-of-the-city feeling. Köpenick is home to several lakes and makes for nice day trips. These areas are a bit more spacious and very relaxing for families. When you are looking for an escape from busy city life, it makes a perfect outing. These neighbourhoods are not as expensive as Mitte or as Charlottenburg-Wilmersdorf.

In short: For daytrips, families and calm nightlife

Berlin has a very advanced public transportation network and you can get to all of the neighbourhood pretty fast, so working in one neighbourhood and living in another is no problem at all! Did you figure out where the best place for you to live is? Are you just moving to Berlin and in need of some German classes? Check out our language courses at DAS-Akademie! Do you want more content like this? Follow DAS Akademie on social media!